skip to main | skip to sidebar

Trademark filing without an Attorney

Trademark filing without an Attorney

A cheap trademark filer for tech companies and start-ups

Looks like it contains a variety of trademark services for one cheap price. I think it will be worth checking out if you are in the market for a trademark. www.trademarkraft.com.
Posted by Nyall Engfield at 8:57 AM No comments:

For trademark applications at a reasonable price, check this out!

Nomad is focused on filing and prosecuting trademarks before the USPTO, in Canada and worldwide through the Madrid Protocol Trademark Filing System. Once your mark is registered, Nomad also helps with trademark monitoring services to provide you with regular updates on the use of your trademark by competitors.
Posted by Nyall Engfield at 5:07 AM No comments:

MU Patents is a new patent firm with patent agents and patent attorneys located in San Diego. The professionals there have been involved with patents for over a decade but we at the Canada Cycling Blog wanted to thank them for their contribution to patents in the area of cycling and human-powered technology. 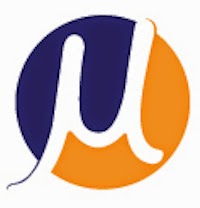 Of course, it's easier to work in the area of cycling when the weather is nice year-round. Thanks MU!

Posted by Nyall Engfield at 3:25 PM No comments:

In the cold Canadian winter, there aren't as many chances to get out and peddle as we would like, but keeping the cycling up is key to keeping in shape and hitting the spring in good form. Recently Ride Fit (www.ride-fit.com) has come out with a new series of virtual indoor cycle training videos that provides a more interesting indoor cycling experience.  To provide the most realistic virtual cycling experience possible, Ride Fit videos are shot from the first person perspective so that users feel like they are on the road.  Shown below, a simple on-screen digital dashboard also provides critical workout information (such as target resistance, cadence and effort level) and a terrain profile with progress indicator shows the user where they are and what’s coming next so rides can be paced appropriately. 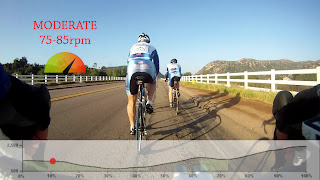 Posted by Nyall Engfield at 7:28 AM 3 comments:

Winter Cycling in Sidney BC

Forget windchill. Leave your fears of black ice behind. Travel to beautiful Sidney-by-the-Sea this winter, and ride your bike every day along nearly 400 kilometers of cycle lanes and bike paths. The Victoria region features two cycle routes intended especially for bike commuters. One of which, Lochside Trail, follows an old tramline right-of-way from downtown Victoria to Sidney, and eventually the Swartz Bay ferry terminal and the marine highway linking the Island to the mainland and Vancouver.

For cyclists, Sidney may be the ultimate place in Canada to spend the winter. Besides easy access to Lochside Trail, there are cafes, art galleries, at least half a dozen bookstores, and Russ Hay's one of Victoria's oldest independent bicycle shops. "Resort" hotels like the Cedarwood also offer winter packages for cyclists and others looking to escape the freezing temperatures and enjoy average winter temperatures of 10 degrees Celsius. Easy access to more than 30 regional parks, 26 18-hole golf courses, and even skiing on slopes enjoying some of the highest annual snowfall in the world. Perhaps the perfect bicycling and skiing vacation!

Sidney BC, often overshadowed by Victoria to the south, is ideal as a beautiful, low-traffic seaside resort that acts as a gateway to Victoria's hundreds of kilometers of bikable surface, as well as Vancouver, the Gulf Islands, and Washington State.

For more information, contact the Cedarwood. Plan a long term stay in Sidney this winter.
Posted by Nyall Engfield at 8:32 AM No comments:

Facebook committed to bicycle commuting in expanding its HQ

Facebook is moving to Stanford Research Park, and expanding to accommodate 9,000 employees from the current 1,500. In doing so, Facebook also aims to encourage bicycle commuting, a more pleasant and environmentally-friendly way to get to work. Buildings will have showers with towels, bike storage and lockers and bike lending services. Most of all, an on-site "Bike Doctor" is there to repair and maintain the commuters' bikes in good order. 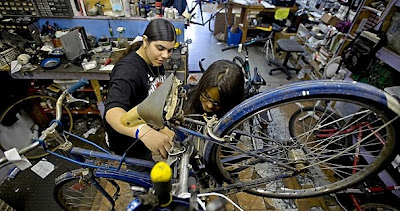 Posted by Nyall Engfield at 7:16 AM No comments:

Nyall Engfield
Nyall is a Canadian patent and trade-mark lawyer established in Ottawa with expertise in prosecuting patent and trademark applications, licensing and litigation. He has a long-standing interest in cycling as the future of transportation.